Between 2010 and 2050, the number of people living in cities will increase from 3.6 billion to 6.3 billion. Almost all of that growth will occur in developing countries. By 2025 there will be 37 megacities, each with a population greater than 10 million; 22 of those cities will be in Asia. Megacities drivers are also spurring innovation in urban design, technologies, and services. Trillions of dollars will be spent on urban infrastructure in this period, presenting an immense opportunity for new transport management systems, smart grids, water monitoring systems, and energy efficient buildings. Information and communication technologies will be deeply embedded in the fabric of both old and new cities and will change the way we think of city operations and how we live and work in these environments. Pike Research forecasts that the smart city technology market will grow from $6.1 billion annually in 2012 to $20.2 billion in 2020.

In December 2011 Bloomberg New Energy Finance report stated that the $1 trillion of investment in clean energy had been spent since it began keeping records on such spending in 2004.

The report predicts that spending on new renewable energy capacity will total $7 trillion over next 20 years.

In terms of technologies, it is predicted that cost reductions will spur deployment of solar power, to the second-fastest percentage growth of all technologies (after offshore wind) from 51 GW in 2010 to 1,137 GW by 2030.

Pike Research forecasts that worldwide demand for Solar will nearly double between 2010 and 2013, reaching 19.3 GW by the end of that period. 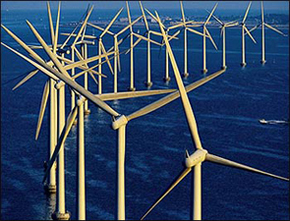 Over 141 GW of offshore wind energy capacity is built, under construction, consented, or planned in Europe which show a capital number between 450 to 600 billion euros.

Chinese government’s low carbon development policy which is demonstrating some 20 GW of new wind capacity being installed annually up to 2030 bringing cumulative operational capacity up to 400 GW by 2030.

This shall have a strong demand for grid transmission infrastructure and energy storage opportunities showing a capital investment between $150 to $400 billions. 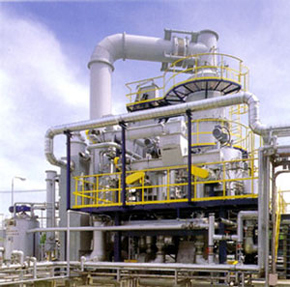 Global Bio-Mass capital investment is projected to be $100 Billions by 2020.

Strong interest in the waste-to-energy technology project that show a near capability for zero-waste discharge of waste. Bio-Mass power generation capacity will grow to at least 86 GW by 2021, from 58 GW in 2011 (Pike research). 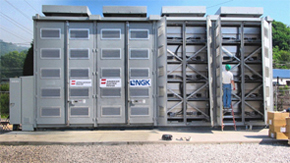 Electric Power Research Institute’s 2011 update on grid-scale energy storage, including the fact that the U.S. could support up to 14 GW of energy storage technology at costs as high as $700 per kilowatt-hour.

The U.S. Department of Energy reports that total distribution losses, or the difference between the energy produced at power plants and the energy sold to end consumers, grew from 5 percent to 9.5 percent between 1970 and 2001. The resulting power outages and disturbances now cost the U.S. economy between $25 billions and $180 billions per year.

The German government expects to see renewables as 35% of the country’s electricity portfolio by 2020 and 80% by 2050.

Aggressive action by Developers, Suppliers and Funding entities moving to other markets.

Current uncertainties of nuclear power will require rapid expansion of wind and solar capacity. However, a 550 terawatt-hour gap (18% of total final electricity consumption in IEA Europe) will remain.

By 2020 the State Grid Corporation of China (SGCC) plans to spend $88 billions on 20 projects to establish a synchronized UHV power grid with the capacity to transit 300 GW over 56,000 miles of UHV line.

From 2011-2015 China’s smart grid investments will reach $43.2 billions. However, little is being deployed for the domestic energy storage industry.(CNESA, June 2011)

On 16 December 2010 the Board of Directors of Russia Federal Grid approved an investment program of $32 billions covering a five year period from 2010 to 2014.

Over the next 10 years demand to grow to around 653MW of capacity and 1.3 GWh of energy storage. (Marchment Hill March 2011)

The government will invest $5.4 billions until 2020 to develop its domestic energy storage industry. (CNESA, June 2011) 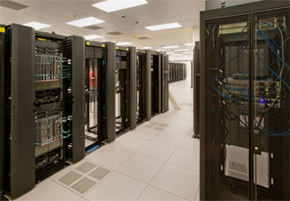 World UPS systems market is projected to reach US $7.8 billions annually by the year 2015. 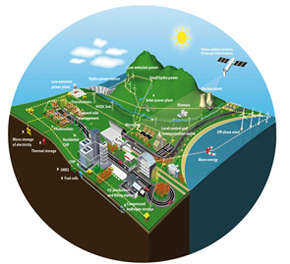 By 2017, according to a new report from Pike Research, approximately 90,000 light-duty vehicles and an additional 1,500 medium/heavy duty trucks will be enabled with Vehicle to Utility technologies, creating a strong foundation for V2U-based demand response, vehicle to building, frequency regulation, and other ancillary service applications. TKO can see an investment in Vehicle-to-Utility Technologies of $400 millions. According to a recent report by Global Data, the global V2G market will grow be $40 Billions in 2020.